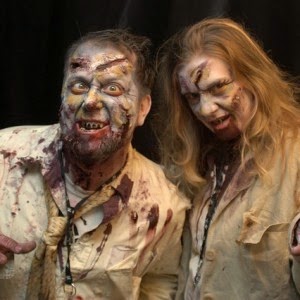 Do you know people that seem like they have had their souls sucked out of them?  Ondictionary.com, a “zombie” is defined as “the body of a dead person given the semblance of life, but mute and will-less, by a supernatural force, usually for some evil purpose”.  And that sounds very much like what has happened to tens of millions of Americans.  When you look into their eyes, it doesn’t look like anything is even there.  That is because who they once were is now dominated and controlled by the overwhelmingly powerful “matrix” that is being constructed all around us.  As I wrote about the other day, virtually all news, information and entertainment that Americans consume is controlled by just six monolithic corporations.  And today, Americans are more “plugged in” than ever before.  The average person watches 153 hours of television a month in addition to spending countless hours watching movies, playing video games, listening to music, reading books and surfing the Internet.  In the end, all of that “programming” turns many of us into virtual zombies, and that is the way that the elite like it.
Just think about it.  What was the biggest news story in the entire country over the holiday weekend?
It was the fact that some hackers had taken down the Sony Playstation and Microsoft Xbox networks and millions of kids could not log in and play the video games that they had just received for Christmas.
Sadly, most parents don’t even bother to pay attention to what those video games are actually teaching their children.

READ ON
Posted by Chief Nose Wetter at 11:51 AM