Time To Fleece The Sheep In NJ

Last Memorial Day weekend, DWI arrests decreased about 30 percent on New Jersey’s major roads and highways.
But in a repeat from the year before, four people again died in accidents across the state over the long holiday weekend, authorities said.
This week, police have been administering their part of the annual “enforcement blitz” of the Click it or Ticket campaign coordinated across the country by the National Highway Traffic Safety Administration coinciding with the upcoming days of beachgoing and barbecues.
Through Tuesday there will be more police, more patrols, and checkpoints from major to local roads statewide. More than 100 additional state troopers will be on the interstates and major highways. Some 150 local police departments are using $4,000 grants from the state to fund extra attention to traffic enforcement, say state officials. GAG HERE


It looks like the totalitarians are on the march again in Jersey. NJ is beyond broke but Chris Christie allocates 4K per police dept for OT this weekend to crack down on drivers for seat belts and drunk driving. He has also eliminated our Homestead Rebate for property owners this year complaining there was no money. He is a fucking hypocrite along with all of the other rat politicians in Trenton. Only 4 people died in a state of over 8 million people on the road last Memorial Day weekend. Sounds like a pretty good ratio to me. Checkpoints are unconstitutional and not about safety, it is about the populace bending knee to the all powerful state and emptying driver's pockets. I hope many of the knowledgeable LEOs refuse to take the OT. We all wish to live as free men and not having to show our papers when going out for a loaf of fucking bread. Be careful this weekend if you are in NJ, the revenue shakedown is in full gear. 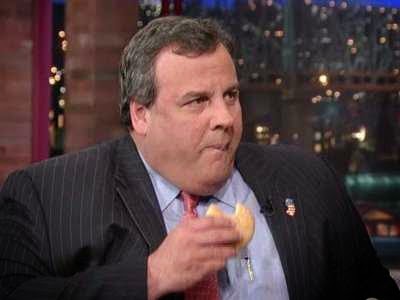 Take a bite out of your doughnut instead of crime Chris.