Feds file lawsuit to get tyrannosaur skeleton sent back to Mongolia 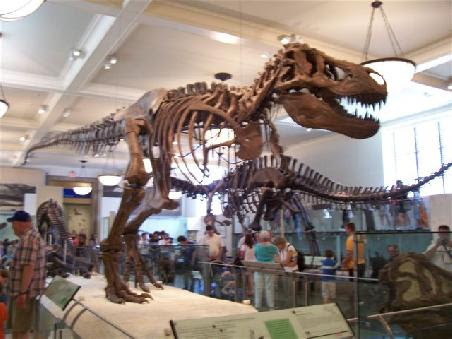 Federal attorneys today filed a civil lawsuit that seeks to wrest a tyrannosaur skeleton valued at more than $1 million away from its sellers and return it to the Mongolian government.
The skeleton was sold at a New York auction last month for $1.05 million to an unidentified buyer, even though a federal district judge in Texas issued a restraining order to hold up the sale. The auction house behind the offering, Texas-based Heritage Auctions, made the sale contingent on the outcome of Mongolia's court challenge — and since then, the skeleton has been held in legal limbo.

They don't care about returning illegal aliens to their home country but will waste        our money on lawsuits to return skeletons.